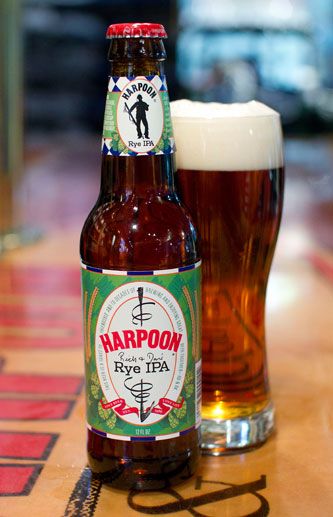 After 25 years of running a brewery, Harpoon founders Rich and Dan thought it was high time they brewed a beer together.  Truth be told, they didn’t want their name on it.  Truth really be told, they have a running joke as to whether it’s Rich and Dan’s Rye IPA or Dan and Rich’s Rye IPA. Regardless of the order, the point is the same: they’ve been friends for three decades and still love having a beer together. It’s a testament to great beer and friendship, and it made sense, in this case, to name names. Grab your pals and toast to friendship with this Rye IPA!

This beer is brewed with hops, a variety of malts, our proprietary yeast – the same yeast we’ve used since first brewing Harpoon Ale – and more hops. A lot more hops. Centennial and Chinook, and the dry hop addition of Falconer’s Flight add a multidimensional hop character, and the combination of Pale, Rye, Caramel 60, and Vienna yield a complex malt body that stands up to the spiciness of the rye and the pronounced hop flavor.