Back to Brewery Event Events

As we head into the playoff push, we’re excited to announce Don’t Poke The Bear – a black and gold-en ale we brewed with B’s hockey player Chris Wagner!

Join us for our Don’t Poke the Bear Pregame Black & Gold party on Wednesday, February 12th starting at 5pm. We’ll be tapping the first keg of Don’t Poke the Bear in the Beer Hall for you to enjoy before Wednesday’s puck drop. So wear your black and gold, play some corn hole, and get ready to score some great prizes. There will be free raffles at the door to enter to win Chris Wagner signed pucks and a silent auction for signed Harpoon swag, a “game day” Harpoon basket, and a pair of Bruins tickets.

Proceeds from the silent auction and six dollars from every case sold will be donated directly to the Corey C. Griffin Foundation, the charity of Wags’ choice. 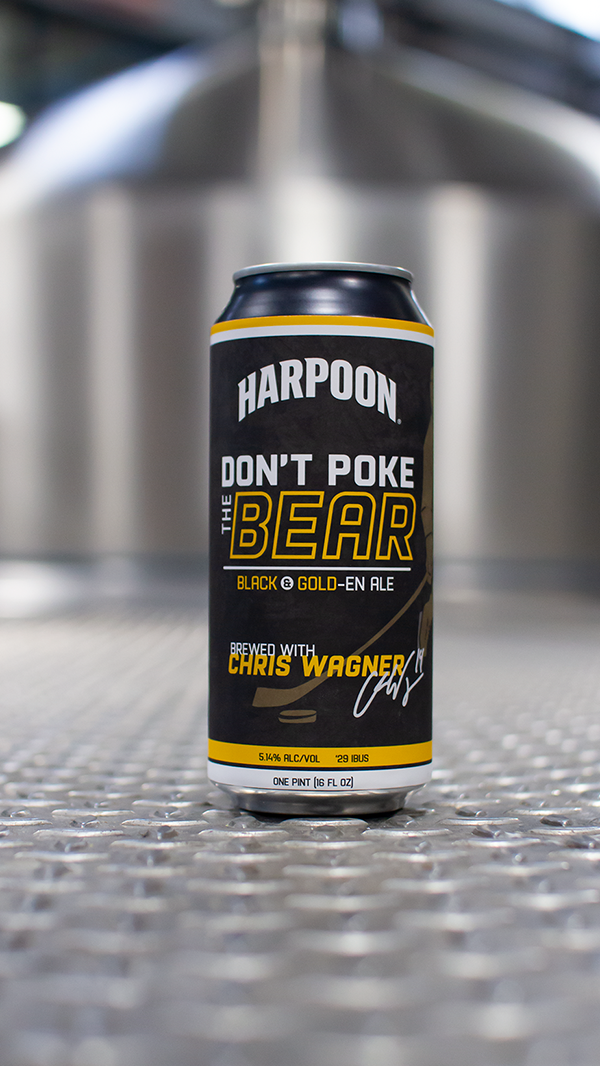