Hockey is back and we’re celebrating by brewing up a little hometown competition! Our Brewin’ friend and B’s forward Chris Wagner and his Black & Gold Hazy IPA will be dropping the gloves against teammate Charlie Coyle and his Black & Gold American Pils for the right to brew our second annual Black and Gold-en beer release. Now through 1/17 you can vote for your favorite player’s recipe— and both are available on draft at the Harpoon Beer Hall in Boston, MA and the Harpoon Brewery Taproom and Beer Garden in Windsor, VT. 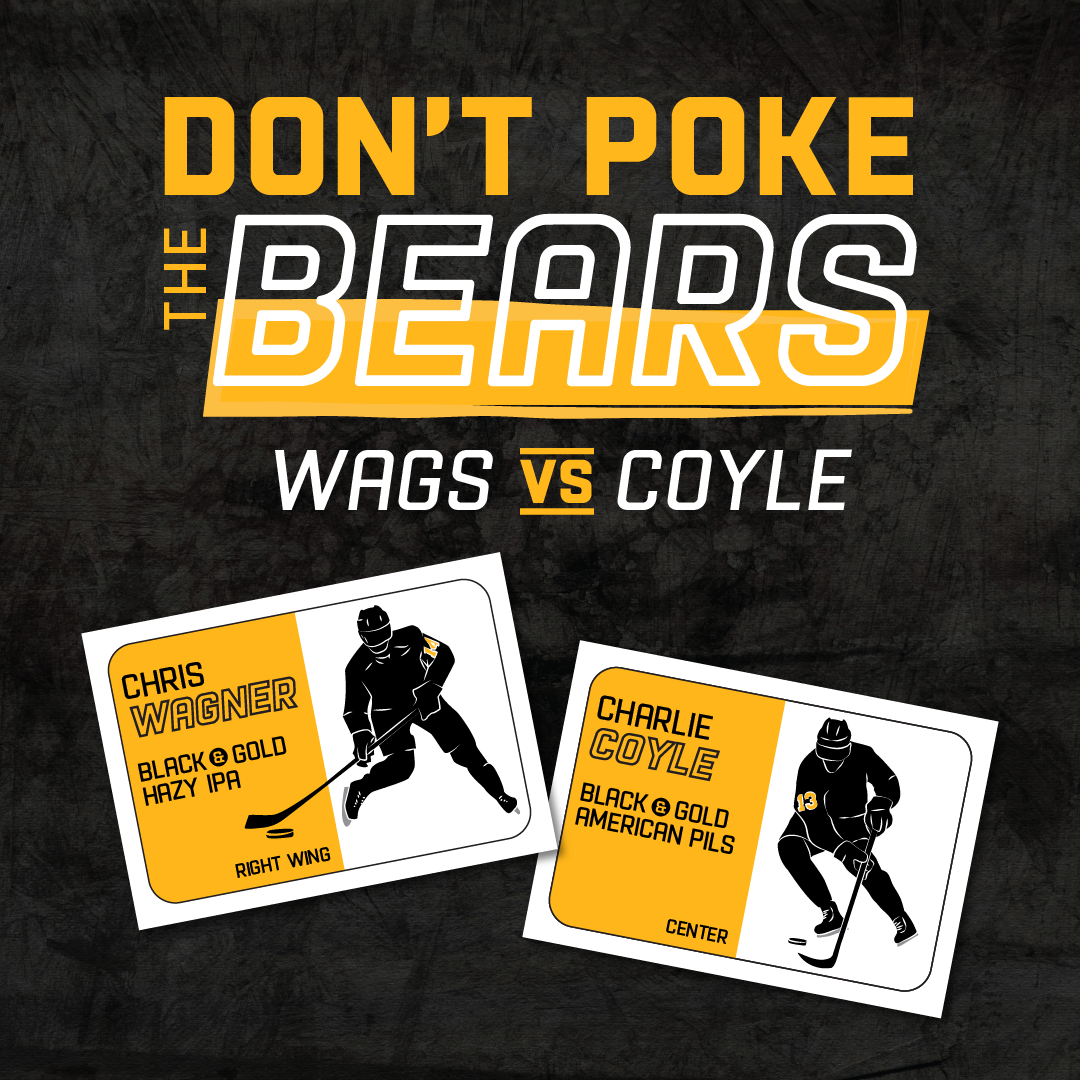