Standing Out from the (Six) Pack: A Panel Discussion of Craft Beer Design

Join us for a free panel discussion with brewery designers and the creatives behind the art as a part of our Mass Beer Week celebrations!

Standing Out from the (Six) Pack: A Panel Discussion of Craft Beer Design will be a night of drinking beers while listening and chatting with some of New England’s best beer can, logo, and digital designers. There will be a 1 hour long panel starting at 6pm which includes visuals of their creative processes and some of their personal favorite work. The discussion will close out with a Q&A and then we’ll gather in the Beer Hall for some Harpoon beers and pretzels!

This event is free and open to the public – but please RSVP on Facebook if you’re thinking of attending so that we can get an accurate head count!

As a part of Mass Beer Week, we’re also serving custom flights all week long and hosting a Gourmet Sandwich & Beer Pairing night with Chef Poe and Friends on the 12th. We hope to see you here as we join in on celebrating “Mass” produced beer! 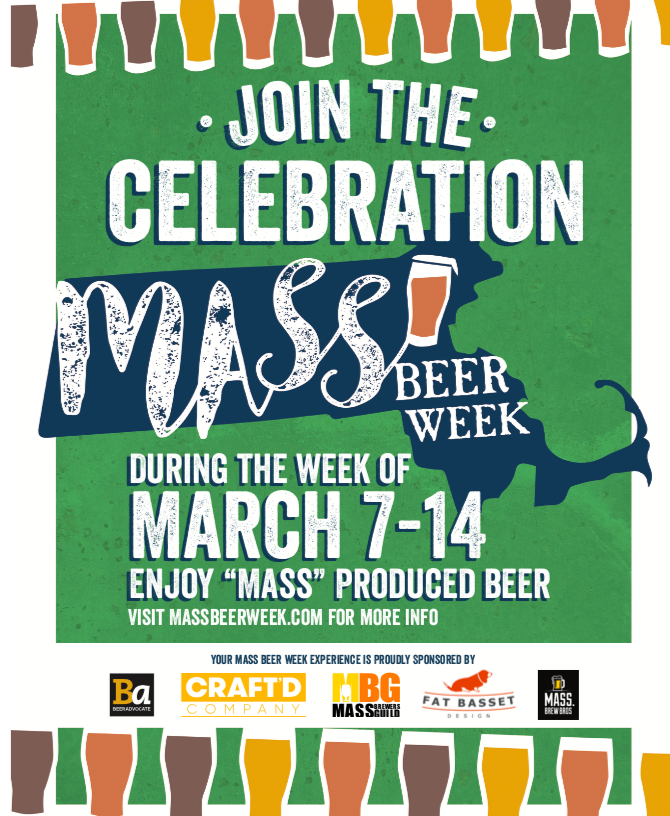