Bring your friends and head down to the brewery for the biggest Mac & Cheese party in Boston. On Thursday, March 5th, we’ll have a heated tent outside filled with Boston’s best restaurants competing for the title of Boston’s Best Mac & Cheese. The best part? You’re the judge and will get to put your taste-buds to the test by trying each recipe and choosing your favorite. Each recipe will be crafted using cheese from our friends and Vermont neighbors at Vermont Farmstead Cheese. Tickets are $40 and include mac & cheese samples from every participating restaurant, a souvenir cup, and one drink token. A cash bar will be available throughout the event.

Tickets are $40 and include:

We’ll have an assortment of Harpoon beers available for you to pair with your Mac & Cheese!

New this year, we’ll also have UFO, Clown Shoes Beer, City Roots Craft Cider, and Arctic Summer Hard Seltzer available. Just like the abundance of Mac & Cheese recipes, there will be something for everyone! 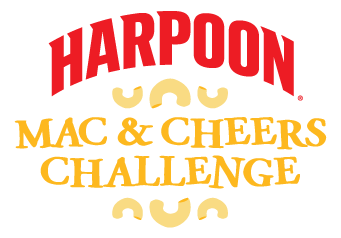