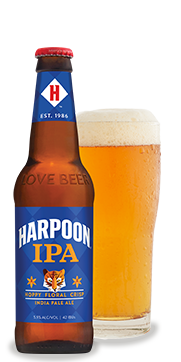 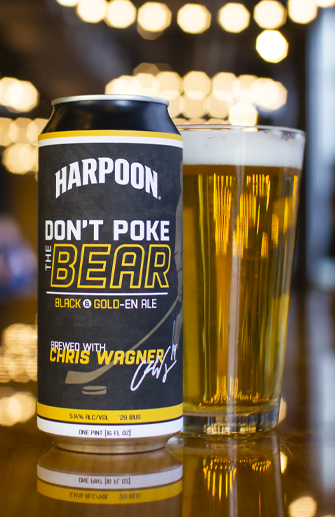 About Don’t Poke the Bear

It doesn’t get much better than late season hockey – especially when the boys in black and gold are making a run. To help re-stock our fridge for game night, we called up our brewin’ friend and Massachusetts native, Chris Wagner, to develop the perfect liquid companion for a playoff push.

Brewed with a touch of black honey and golden promise malt, Don’t Poke the Bear is a crushable black and gold-en ale with a bright hoppy nose and just a faint hint of sweetness.

For every case sold, we’ll be donating a portion of proceeds to the Corey C. Griffin Foundation – the charity of Wags’ choice.

Try Don’t Poke the Bear for the first time on tap in the Harpoon Beer Hall on Wednesday, February 12th!

From jackets to bottle openers, we make it easy to Love Beer. Love Life. no matter where you are!

Check out which beers you can taste at our breweries.

Find stores near you with Harpoon beers in stock & Harpoon events.