Coyle and Wags may be teammates on the ice, but they’re foes in the brewhouse. The two MA natives dropped the gloves for the honor of choosing this year’s recipe. It was a close bout, but Coyle came out on top, so this year’s Don’t Poke the Bears recipe is the creation of his choice – a crisp and crushable pilsner brewed with black honey, goldpils malt, some subtle hops, and a touch of flaked corn.

This season may be short and late, but we’re liking the odds. Chris and Charlie, bring the cup back to Boston – we’ll be waiting with some celebratory pints. Suggested Glassware: A 7+ inch silver bowl with an extended 2+ foot silver stem and base featuring decades of engraved names.

A portion of proceeds from each 4-pack sold will be donated to The Corey C. Griffin Foundation, the charity of Wags and Coyle’s choice. Click here to learn more. 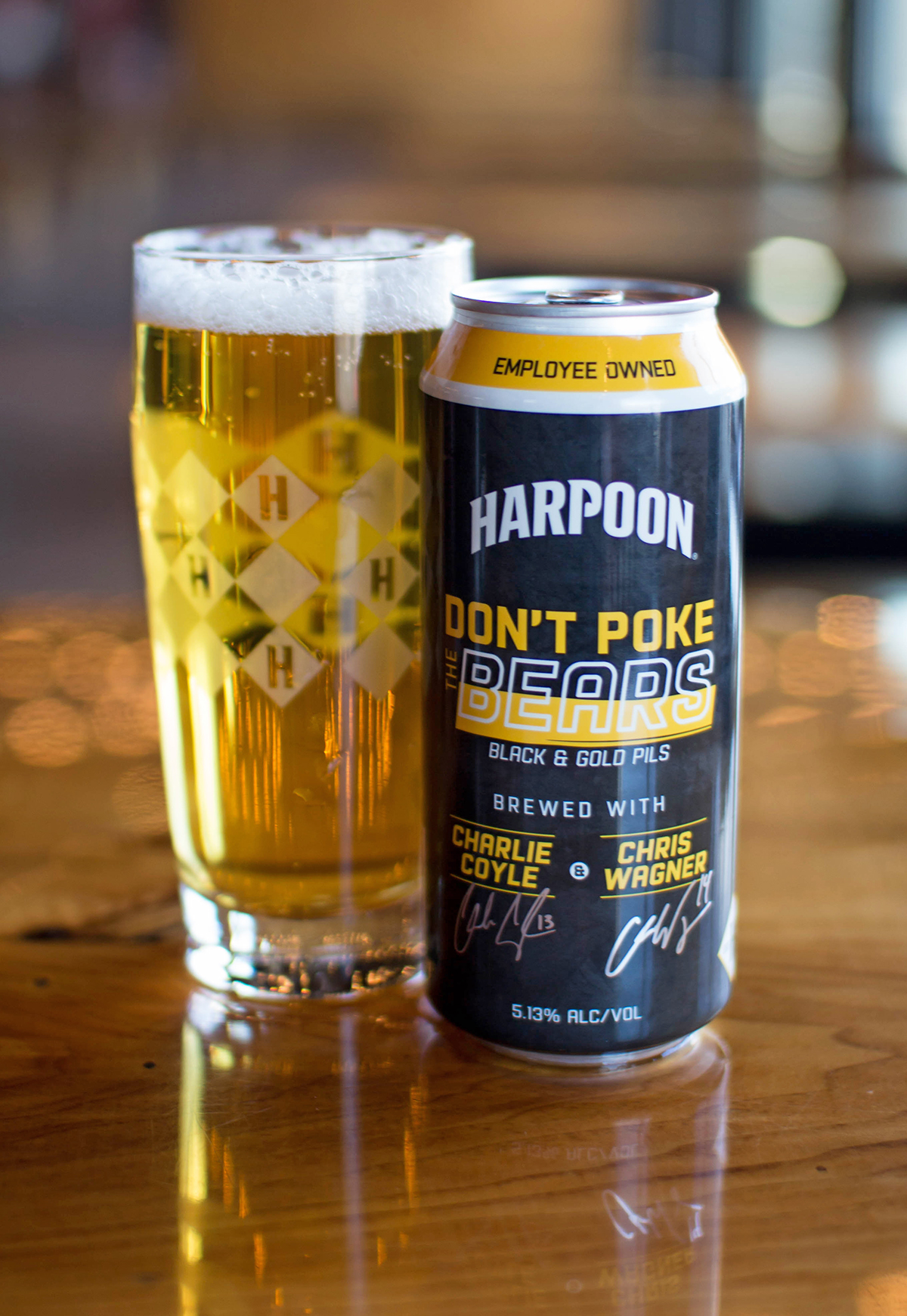