We welcomed the challenge of brewing a 90 IBU Imperial IPA that would showcase glorious American hops while maintaining a multi-dimensional character. Leviathan IPA was the first in our Imperial Series of beers, and one of our favorites. A “monster” addition to the Harpoon 30-Pack.

This Imperial IPA is brewed with loads of pale malt and just enough caramel malt to provide a sweet malt backbone to balance the hop intensity. We used a mix of our favorite American hops including Chinook, Centennial, Simcoe, and Amarillo to create a complex hop flavor and lingering bitterness. Harpoon’s proprietary yeast lends fruity esters, while dry-hopping at the rate of over 5 pounds per barrel produces this beer’s massive aroma. 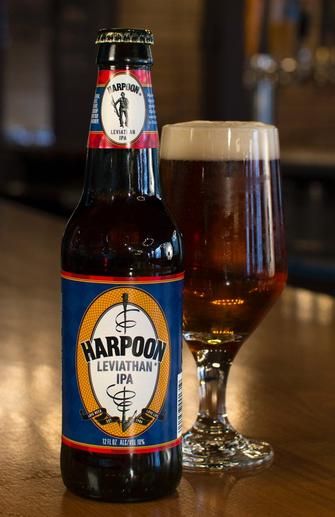