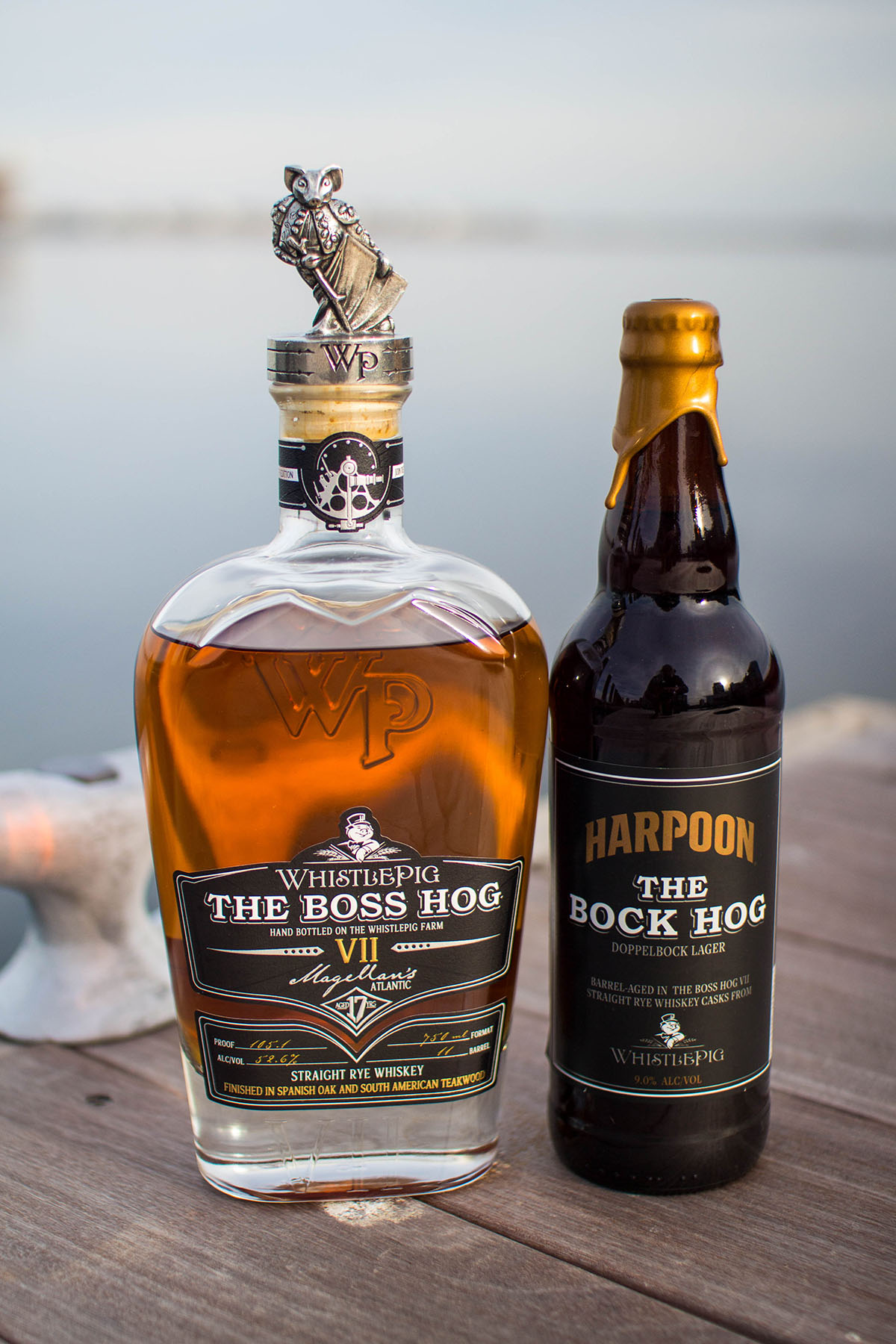 If there was ever a boss in the world of lagers, it would be the Doppelbock. A malt-lover’s dream, it showcases an unabashed array of melanoidin goodness. In an attempt to improve a near-perfect style, this Dopplebock is aged in a combo of Spanish Oak and South American Teakwood barrels that previously housed WhistlePig’s The Boss Hog VII. In addition to base notes of toasted rye, toffee, rum raisin, and cacao, the barrels add extra complexity with top notes like holiday spice, roasted nuts, vanilla, and char. Spread the lager love and enjoy this with good company. Cheers to exploration and our VT friends at WhistlePig!