Our breweries in Boston AND Vermont are CLOSED on Thursday, November 24th for Thanksgiving!

Back to Boston Events

Celebrate International Women’s Day AND Mass Beer Week with us at the Harpoon Brewery! We will be hosting a panel of women in beer from all different parts of the industry (marketing, brewing, advocacy, media) to discuss what it’s like being a woman in the industry today. This will be a great panel for women who are interested in beginning or advancing their career in the beer industry, as well as allies who want to learn more about the experiences of women in the industry. Join us for a beer to network before the panel begins at 6:30PM.
Host: Megan Wilson, Harpoon Director of Digital Strategy
Panelists:
Vilija Bizinkauskas, Break Rock Brewing Head Brewer and Co-Owner
Rebecca Carpenter, Turtle Swamp Brewing Taproom Manager & Pink Boots Society Boston Chapter President
Jess Infante, Brewbound Managing Editor
Juleidy Peña, Notch Brewing Production Brewer
Felicia Ruano, Harpoon Beer Hall General Manager
Katie Stinchon, Mass Brewers Guild Executive Director
Tickets not required. $1 per pint of every Harpoon IPA sold the entire day will be donated to Pink Boots. 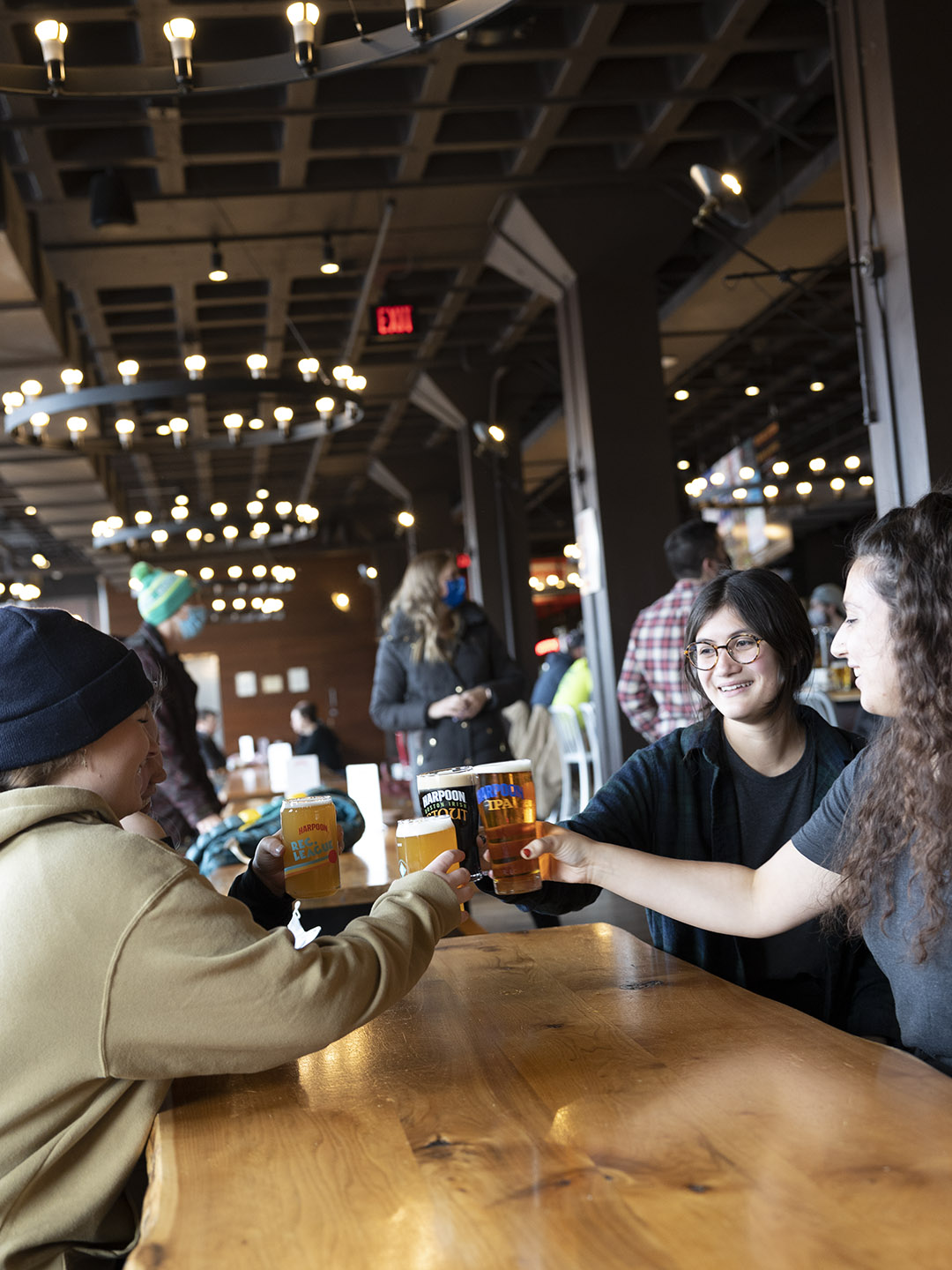